KIHASA published Issue & Focus, No. 405, “On the Total Fertility Rate as an Indicator of Local Population Changes,” which was also published as Research in Brief, Vol. 80.

The localities with an extreme-upper-outlier total fertility rate during the years observed from 2000 to 2018 were mostly non-urban counties (gun’s). Their population size, financial self-sufficiency rate, and gross domestic product (GRDP) all hovered below the national averages, with a negative net migration. The proportion of those aged 65 and older in the total population in these localities was higher than the national average or the average for non-urban counties. These are hardly characteristics that are deemed conducive to increasing local fertility rates. 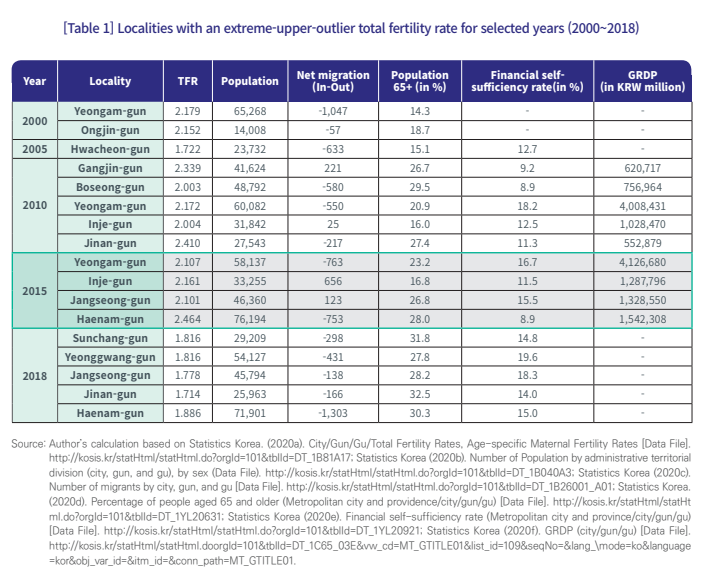 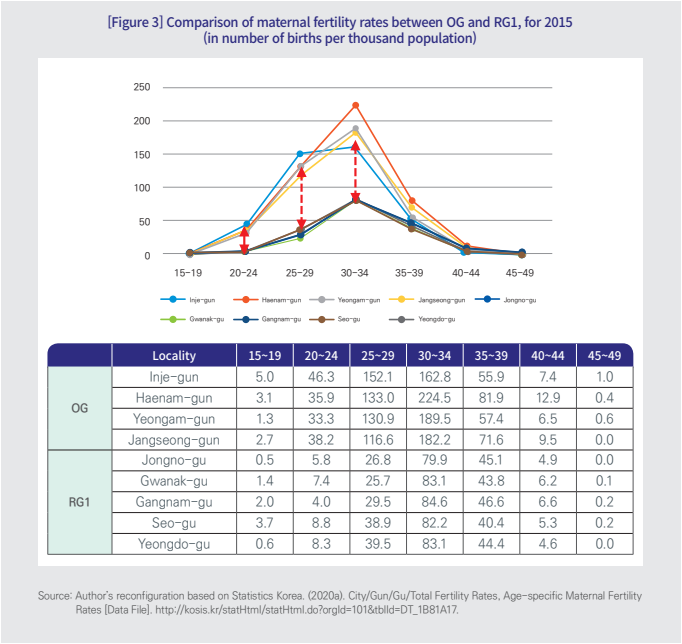 The high total fertility rates found in non-urban counties are not strongly correlated with the number of births or with natural population increase. They are ascribable rather to the fact that these counties overall have a small female population aged 15-49 and to the characteristics found of the age-specific distribution of the female population in such localities. Limited though its findings are to only selected localities in the country, this study is meaningful in that it is an attempt to look in a concrete way into local-level total fertility rates in terms of their correlations with the number of births, natural population changes, and the size and migration of the female population aged 15-49. 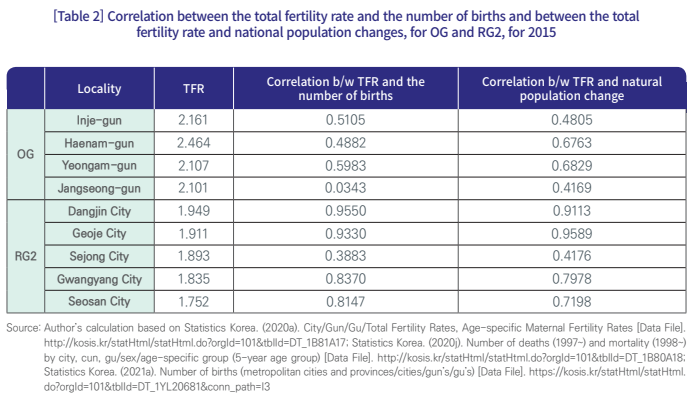 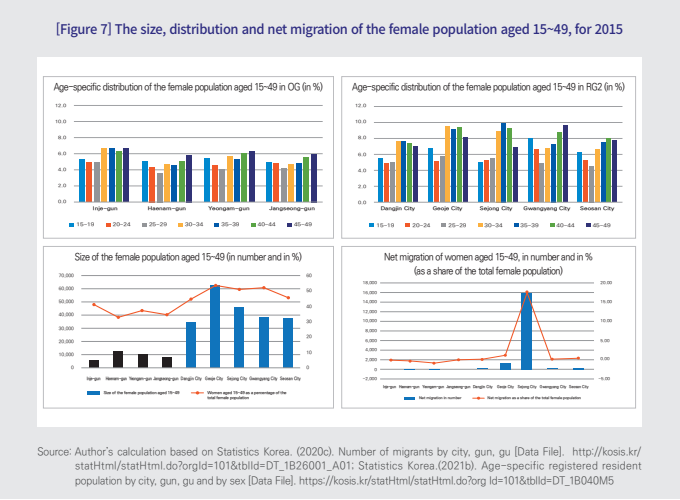 This study examined why the total fertility rate is much higher in some localities than in others and, by means of looking at its correlations with the number of births, natural population changes (increase and decrease), and the size and distribution of the female population aged 15-49, discussed what implications it has as an indicator.

The question of how these characteristics can hold up as they do over a certain period of time needs to be taken up in depth in some other research attempts in the future.